Chief Shields believes in 21st Century policing which includes implementing new technologies, relying on high-quality intelligence, and working with federal partners to make neighborhoods safer. Her goals include balancing public safety with providing a sustainable culture of equitable treatment of everyone by LMPD. During her time in Louisville, Chief Shields has continuously worked to build positive relationships between LMPD and the people who live and work in the metro region.

Chief Shields has had an expansive career in law enforcement. Prior to serving in Louisville, she served as the Chief of Police for the Atlanta Police Department. During her time as Atlanta’s Chief of Police, the city experienced a reduction in violent crime and a marked increase in illegal gun seizures.

Over the course of her career, Chief Shields has worked a wide span of assignments, including plainclothes work (narcotics and vice), investigating robberies, internal affairs investigations, and managing the Atlanta Police Department’s accreditation. In that role, she focused on advancing the department’s technological platform, overseeing the department’s budget, managing the training academy and recruitment process, and overseeing the patrol division.

Chief Shields recognizes the critical nature of engaging community members and including them in decision-making. In Atlanta, she worked with non-profit partners on a Pre-Arrest Diversion Program that requests social workers respond in lieu of arresting individuals, where appropriate. Additionally, Chief Shields and the Atlanta Police Department partnered with the Atlanta Police Foundation to create and operate an At-Promise Youth and Community Center, a place that provides resources and services for young people allowing them to focus on their education, health, life goals, and building positive relationships with police. Also, under her leadership, the department operated a robust Police Athletic League designed to provide a haven for at-risk youth.

Chief Shields has advocated for similar programming in Louisville, assisting with the creation of the Louisville Metro Police Activities League which seeks to engage youth in a variety of ways that in turn prevents youth violence and crime. Chief Shields has been actively involved in numerous professional organizations, to include serving on the executive board of the Major Cities Chiefs Association (MCCA). Chief Shields continues to prioritize strengthening police-community relations and affording LMPD employees the leadership necessary to continue experiencing a sense of pride in their agency. 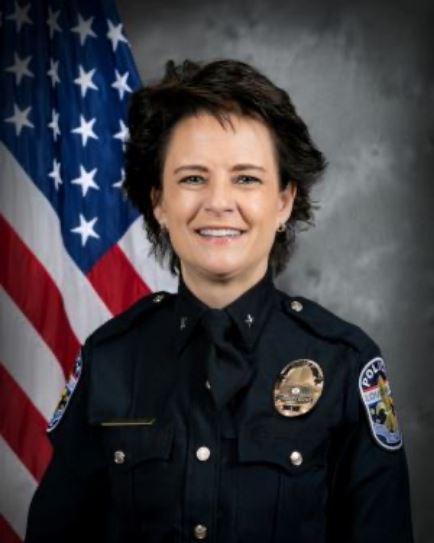