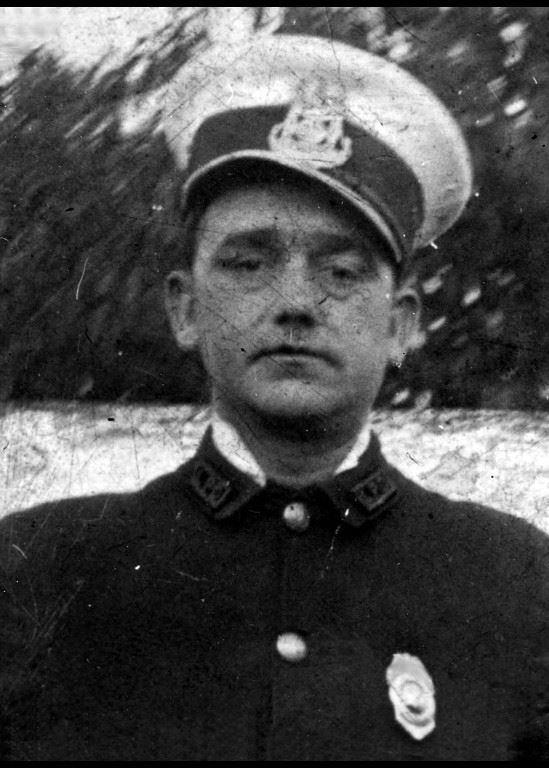 Detective Sergeant Mialback succumbed to wounds sustained two (2) days earlier when he was shot as he and two (2) civilian volunteers transported three (3) prisoners to the police station for questioning about a stolen car.

As the patrol car was driving past the intersection of 5th and Jefferson Streets, one of the suspects pulled a pistol from his hat and shot Detective Sergeant Mialback in the face. He then shot and killed the two (2) volunteers before fleeing. The man was arrested three (3) days later at his place of work.

The 19 year old suspect was convicted of Mialback's murder and sentenced to death. He was granted a new trial in 1931 and was again sentenced to death. On May 2, 1931, he escaped from the Jefferson County jail and captured six (6) weeks later. On December 8, 1931, Governor Flem D. Sampson commuted his sentence to life. Two (2) days later, he was returned to Louisville to face murder charges of the other two (2) men. On October 26, 1932, he was convicted of their murders and sentenced to two (2) life terms. All three (3) terms were to run non-concurrent. On February 10, 1936, he and four (4) other inmates escaped then they stole a car within the prison complex and crashed through the security gate. They were all captured within a few days. On February 3, 1945, he was paroled.

On November 20, 1947, he stole a car in Evansville, Indiana. Several days later, he returned to Kentucky and was involved in a high speed chase with police in Owensboro. He lost control of the car and overturned, injuring a girl with him. He was convicted on federal charges of interstate transportation of a stolen vehicle, possession of unregistered firearms, and sentenced to 20 years in federal prison. On August 8, 1956, having been released a few months earlier, the Louisville Police received warrants from Houston, Texas and Indianapolis, Indiana for an armed robbery in each city. On November 8, 1963, he cleverly slipped away from FBI agents at the scene of a car accidents in New Jersey. On April 2, 1964, he was captured in Laurel, Maryland. On May 8, 1965, he was convicted of several armed robberies all over the central U.S. and sentenced to 80 years in federal prison.

Detective Sergeant Mialback is survived by his wife, a daughter, a mother, and a sister.