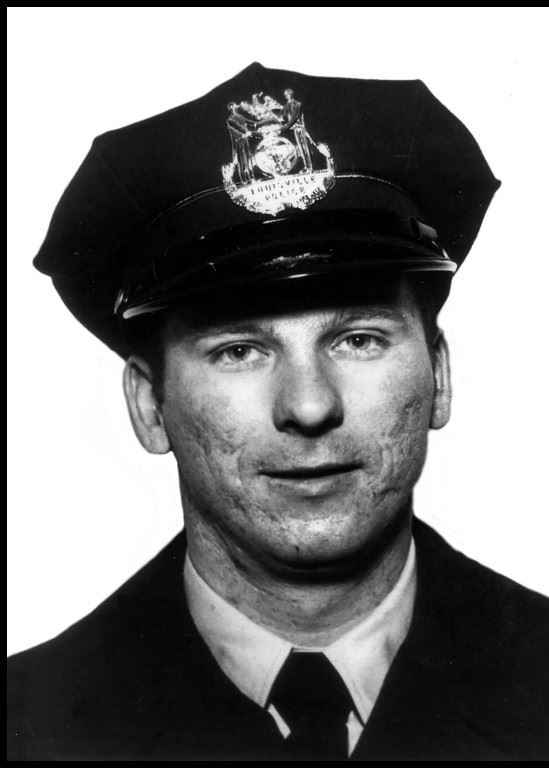 Patrolman William Meyer was shot and killed in a shootout with five (5) men who had just robbed a grocery store. He confronted the suspects in the grocery store parking lot at 2100 Gardiner Lane as they were making their escape.

One of the suspects was captured in Vincennes, Indiana the next day. Three were apprehended in Racine, Wisconsin three (3) days later. The fifth suspect was captured by FBI agents in Tampa, Florida on March 2, 1968. All five were out of jail and under bond for grocery store robberies in Madison, Wisconsin and Springfield, Illinois. Four of the suspects were found guilty of first degree murder and sentenced to death on July 13, 1968. In 1972, their sentences were commuted to life.

Patrolman Meyer served with the department for 11 years. He is survived by his wife and children. In 1959, he was cited for unusual bravery when he rescued two (2) people from a fire.