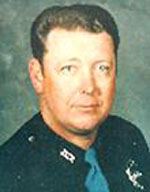 Discharged from the Army after being diagnosed as schizophrenic, Mark Daniel Sallee returned to Louisville, KY in July 1986. On January 10, 1989, he carried a loaded 22 caliber rifle and wore a one-piece insulated coverall, both of which he had bought two weeks earlier at a nearby sporting goods store. (Lisa Ludwig, the clerk who sold him the gun, is notable for being one of the only people in Sallee’s court record to ever describe him as seeming sane.) By 10:30 am, he came across a man he had never met, Brian Madison, walking along a creek behind an apartment complex. Sallee raised his rifle and shot at him, but missed.

He was next seen less than an hour later standing on the east side of busy Smyrna Road. When a red Ford pickup truck passed close to him on the narrow shoulder, Sallee raised the rifle to his shoulder, pointed it at the truck and fired. Again he missed. A passing motorist saw the incident and called 911 on his car phone. He said he thought Sallee looked "upset and angry".

At 42 minutes past noon, Officer Frank Pysher, Jr., a grandfather and 16-year veteran of the Jefferson County force, spotted Sallee walking south along Smyrna Road at the overpass of the Gene Snyder Freeway. He probably recognized Sallee from previous encounters, as did almost all the other police in the area. He pulled over and rolled down his window to speak. Without warning, Salle turned, raised his rifle to his shoulder and fired two shots through the windshield, striking Officer Pysher twice in the forehead. At 1:58 pm, Officer Pysher was declared dead.

Sallee ran from the scene through the suburbs until he came to the backyard of Barry A. Mantooth. "What are you doing?" asked Mantooth when he saw Sallee running. "What is the matter?" "Who are you talking to?" asked Sallee and fired his shotgun for a fifth time that day, this time striking Mantooth in the forearm. Mantooth would be treated and released from the hospital that afternoon. By now, more than 25 police officers in helicopters, cars and on foot were chasing Sallee. He ran another mile or so until he was cornered in a yard next to the Deeper Christian Life Center. After a warning shot was fired, according to Detective Dick Brewer, Sallee "continued to talk and act as if he hadn’t heard the shot". Sallee waved them away with his hands and shouted something many of the officers couldn’t make out, but that "sounded as if he were talking about shooting," said Brewer. When he seemed to be lifting the rifle again, the police opened fire and struck Sallee once in the chest. Seriously wounded, he was taken by ambulance to the same hospital where Officer Pysher died.

Mark Daniel Sallee had been diagnosed as having paranoid schizophrenia back in 1978 when, at the age of 17, he shot and killed his stepfather. Mark Daniel Sallee was found incompetent to stand trial and was sent to a state mental institution.