Being a victim of a crime can be a traumatic experience. This is why the Louisville Metro Police Department (LMPD) is committed to reducing crime, preventing crime and enhancing the quality of life for those in our community. Protecting your home and your property is essential, but there are also steps that you should be aware of when it comes to personal safety. Crimes against persons are serious and the laws in Kentucky, as well as the policies of the LMPD, reflect this. If you are a victim of a crime, the LMPD is going to do everything in its ability to solve the crime. It is our goal to provide you with the information to help you make informed decisions to help us in our mission of making Louisville and your neighborhood a better place to live.

As with all crime prevention, personal safety involves being aware of your surroundings and not presenting yourself as a target for a robbery, theft or assault. Although anyone can be a victim of a crime at any location, there are some habits you can develop that will decrease the likelihood of becoming a victim of a violent crime. 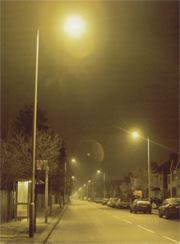 Street Robberies are serious crimes that involve either force or the threat of force in the commission of the crime. It does carry serious consequences. Furthermore, violent crimes not only have typically long prison sentences, but recent legislation prevents violent offenders from being eligible for parole until they have served almost 90% of their original sentence. It is hard to believe that someone would risk going to prison for several years for a small sum of money, but these types of crimes happen every day in America.

Many street robberies happen in the evening or low-light hours. Robbery victims are typically chosen by a chance encounter on the street or through a brief observation in a specific area (ATM, bar, store, etc.).

If you are walking down a street and observe a group of suspicious people walking toward you, confidently and briskly walk to the other side of the street. Make it appear as if you are going to a specific address, but do not appear as though you are unfamiliar with the area. When you do walk down a street, walk facing on-coming traffic to prevent a vehicle from approaching you from behind.

When you are making purchases or withdrawing money from an ATM, avoid letting your cash be seen as much as possible. Flashing cash is almost certainly going to draw attention to you. Finally, avoid traveling alone or drinking excessively, either one of these activities can make you can easy target for a street robbery.